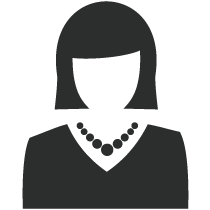 In child custody cases involving divorced or separated parents, the rights and welfare of the child in question generally reign supreme. But not all parents are willing to share custody of their child once they have parted ways. Some file for full custody where one parent seeks to be granted the right to live with the child and make all decisions involving the welfare of the child without consulting the other parent. This is not something that the court would grant easily because it holds the general opinion that the child needs the attention and care of both parents. If you want sole custody rights over your child, here are a number of things you should focus on to make the odds of winning in your favour.

Physical welfare of the child

If you want full custody of your child, you have to show the judge that you are better-placed to cater for the physical needs of the child. Your child will need: a safe place to live; to be well-fed; and to be properly clothed. And, when they are feeling unwell, they will need to get immediate medical attention. If you can demonstrate to the judge that you can meet the physical needs of your child in a way that the other parent cannot, then you stand a good chance at winning the case. If your co-parent has a history of gambling addiction, for example, bringing that to the attention of the court may demonstrate that they are financially incapable to provide for the physical needs of your child.

Another thing that can boost your case is proving that the other parent is a perpetrator of domestic violence. If you can prove that your co-parent has at any point physically hurt you or your child and that they have repeatedly threatened to do it again, this may be sufficient grounds for you to be granted full custody of the child.

Psychological welfare of the child

Generally speaking, children should live in peaceful and harmonious environments that allow them to become emotionally stable as they grow. When children see or hear one parent physically assault or verbally abuse the other, they can suffer a great deal of psychological torment. Likewise, children who are neglected by their parents tend to suffer from psychological problems such as depression and low self-esteem. If you can prove to the court that the other parent, through their violent or negligent behaviour, is interfering with the psychological welfare of your child, you may get a favourable decision.

Always keep the best interests of your child in mind and at heart whenever you are filing for sole custody. If you feel that your child still needs the attention of the other parent, consider allowing the non-custodial parent some visitation rights. For more information, contact a lawyer.